Two grown men only one year apart in age who share the same childhood. Yes they could be brothers? He was born in the Bay Area of California and spent his youth in the southern part of that state raised by a mother and father so young and filled with such promise. Yes life was a wonder for this man as he experienced so much as we all do. As his parents moved on to separate lives he stayed with his mother and was cared for by her and his grandparents. I shared these life experiences with this man as he is my brother. We grew up with all the same joys, pains, fears and more. We attended the same schools and even had some of the same teachers. We attended the same church and even learned to drive cars together. I was the older brother, just a year but so different in many ways. I had to wear my clothes perfectly neat and pressed and he just loved jeans. I would work with art and he would get rough and dirty. We would fight, oh would we fight! It’s funny as we both moved from home only a year apart, me first the him. How is it we ended up so far apart? I moved on with my life just going with the flow, following every path that lay before me never knowing where it might lead? He went his road as well and traveled a path that was very different than I. As the years have passed we have not seen each other much, perhaps 8-10 times in over 40 years. We speak once every couple of years and we know of our lives from the conversations we share with our mother. It’s strange how life goes? As kids you know each other so well and soon your distant brothers, just acquaintances at best. Somehow and for some odd reason you still feel safe knowing he is still there. My brother is a good man, he is a very hard-working man with a family and grandchildren of his own. He is truly a man of integrity and of good character. His life path has been so different from mine but we still share the exact same roots.

Time has gone so fast and we never became those two kids again. I was set on being so proper and he was so set on being so free. My brother has built a life of substance and stability, he is a proud man and has earned the right to be proud. As life would have it, things change. He is very ill now and has been for some years. This very strong man who has worked and experienced so much is no longer the free man he always wanted to be. I am sad and ashamed that I have not spent more time with him over these years. As I look over my own life and the choices I’ve made, this truly is one I am not proud of. Family is what we have, we don’t get to choose them but they are ours. I stayed distant because we were so different and now I realize that we don’t differ at all.

My prayers are with my brother and his family during this very difficult time. I wish he was not in the pain he is in and I so wish I could help him. I wish I could fix him but I can’t. I can tell him I Love him and always have. So after all these years “Dennis, I Love You and I am so blessed that God gave me you as my brother” 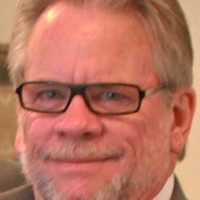 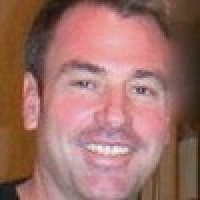 An on going living journal of life's experiences

The Birth and Life of Usha 3.0

Scenes From The Street...

Connecting The World Through Common Experiences

"The Cars that drove my life!"